How to
Photograph
a
Fast-Moving Subject

How to Photograph A Fast-Moving Subject

No matter if you’re planning to shoot a professional sporting event, your kid’s soccer game, an athlete showing his or her’s skill and dexterity right in front of you or speeding cars on the racing track, it’s important to be aware of all the available options and techniques out there that will help you adapt to all those situations and capture movement successfully.

While most of the action and sports photography revolves around using a long telephoto lens and trying to bump up your shutter speed as high as it can go without the overall image quality falling apart, in some cases you will go the opposite way and lower your shutter speed to make your subject stand out more and make it look like it will jump out from the photo.

This is where all the different panning and flash techniques come into play. So, this guide will help you learn how to use fast shutter speeds to capture action and moving subjects, as well as how to use panning to emphasize movement and a flash unit to give yourself more latitude in terms of your exposures.

Here’s a very interesting cheat sheet on the subject 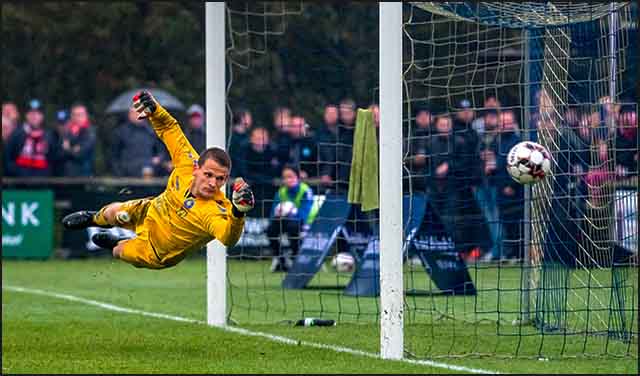 In the case of photographing any kind of moving subject, it’s always a good idea to choose a camera that prioritizes speed over raw image quality. Especially if you plan to capture fast action like sports or racing, where you won’t have the luxury of having a lot of time to set up, focus perfectly and carefully adjust all of your settings.

Spending too much time looking at the back of your camera screen will make you miss the great moments happening before you and the same can be said for having a camera body that focuses slowly, doesn’t have a good burst rate or takes a while to store the images on the memory card, rendering your camera useless during that process.

So, if you want to capture fast moving subjects successfully, look for a body that has a shooting speed of at least 6 or 7 fps, with continuous AF enabled and a deep buffer that can hold at least 40 or 50 images before it needs to clear itself out and take control over your camera.

Also, look for a camera that has dual memory card slots. This feature will allow you to back up your photos in real time, which is a great thing to have in case of a memory card failure since most of the time you won’t have a second chance to capture your moving subjects again. 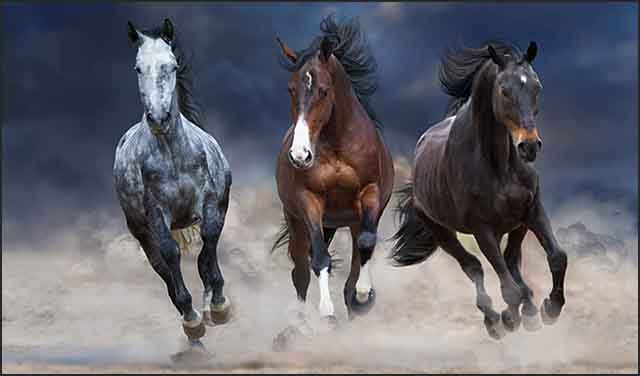 Should you use a tripod to capture fast moving subjects?

It will depend on the type of subject you’re looking to photograph and the technique you’re planning to use. If you find yourself in a position where you’re far away from them and you need a telephoto lens to get to the action, then mounting your setup on a tripod will certainly give you the benefit of having more stability, due to the size and weight of those lenses

This especially holds true if the lens of your choice has a focal length of over 400mm and a bright maximum aperture like f/2.8, since it will be very hard to use them handheld and get the framing that you want. Just don’t forget to disable image stabilization while you’re using a tripod, since you won’t be able to benefit from its effects at all.

So, when it comes to shooting moving subjects with the panning technique or using a flash, a tripod won’t be necessary and would be more of a hinderance than a help. 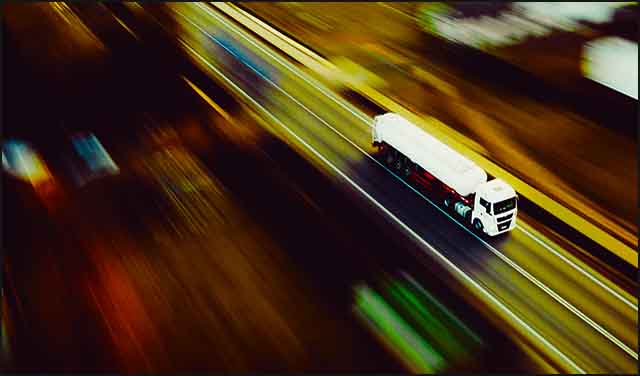 First of all, we should explain what panning means in the context of photographing fast moving subjects. It’s a technique that uses a slower shutter speed to emphasize the subject’s movement by blurring everything around it, but keeping the subject itself in sharp focus.

To achieve the desired effect, use a shutter speed of around 1/30 sec, set your ISO to 100 and open up the aperture on your lens. These settings will ensure that your subject will remain sharp enough, that the blur effect is as pronounced as possible and that the noise in your images is kept to a minimum.

If your camera has a very good subject tracking performance, enable the option that will allow you to keep the shutter button pressed halfway and constantly keep your subject in focus. If you’re on a budget and using an older or an entry level camera, use the Single AF option to focus once on your subject just before you take the shot.

Now, all you’ll need to do is to anticipate the movement of your subject and start panning the camera to the left or to the right, depending on the direction it’s moving in. Learning to press the shutter button at the right moment is the most challenging aspect of this technique and it will take time for you to get comfortable with it, so practice is the key to success. 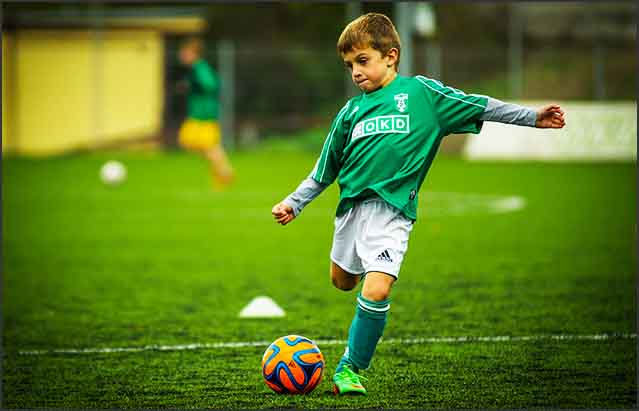 For best results, you should use the brightest lens possible, with an aperture of at least f/4 or f2.8. Using such a lens will allow you to keep your shutter speeds high while also having more control over your ISO values. You could get away with using a f/5.6 or f/6.3 lens, but you will have to  accept the trade off of having noticeably more noise in your images.

Now, depending on how fast your subject will be moving, your shutter speed should be at 1/800 sec or upwards, the aperture wide open and the ISO value set accordingly to give you a bright enough exposure to illuminate that subject correctly. Be careful not to underexpose your photos because of such fast shutter speeds if the lighting in your scene gets dimmer.

Also, make good use of your camera’s tracking AF capabilities and its burst rate. Allow the camera to keep your subject in focus as often as it can and take as many photos as possible, increasing your chances of capturing those golden moments.

We know that we always recommend shooting in RAW format for best possible image quality, but there’s always the option to choose the compressed JPEG format and give your camera a boost in speed. Shooting in JPEG will allow it to shoot at longer bursts, since it will put less load on your camera’s memory card and processor than RAW ever would.

Another interesting thing about flash is that it is also useful for creating slower shutter speed effects, like movement trails. Set your shutter speed to 1/30 sec and you’ll be able to keep your subject nicely sharp, while also blurring parts of it or its surroundings at the same time. This will give you a similar effect to the panning technique we’ve mentioned above. 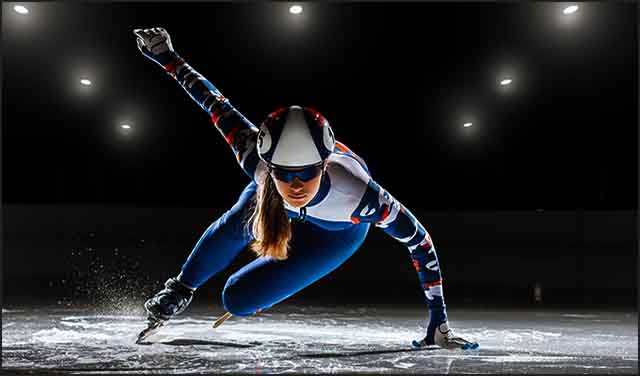 How to freeze the action using a flash

Using a flash is a great way to capture fast moving subjects, as long as those subjects are close enough to you. You will not be using a flash to photograph sports or action from far away, using a long telephoto lens. Instead, a 85mm or a 135mm prime lens will be far more optimal and will still give you some range to work with, but also potentially more light as well.

One of the biggest benefits of using a flash to capture action is that it will give you a lot more control over your exposures and the amount of light you’ll be working with. You could easily find yourself in a situation where you’ll be able to close down your aperture for increased depth or field or lower your ISO for cleaner images, while retaining the faster shutter speeds.

Just be sure that your camera supports the high speed sync feature, since a lot of cameras have the limitations of only being able to use flash sync speeds of up to 1/250 sec without such a mode.

Another interesting thing about using flash is that it is also useful for creating slower shutter speed effects, like movement trails. Set your shutter speed to 1/30 sec and you’ll be able to keep your subject nicely sharp, while also blurring parts of it or its surroundings at the same time. This will give you a similar effect to the panning technique wećve mentioned before.

So, to summarize this article, you had the opportunity to learn about three different ways of capturing fast moving subjects, the main one being using a fast shutter speed, the second one doing the opposite and panning your camera to showcase motion in a different way and the third and last one using a flash unit to throw more light at the subjects in your proximity.

Mastering all of these techniques will help you work with moving subjects at different distances and speeds, as well expose them and capture them correctly in bright as well as dimly lit lighting conditions.

In the end, no matter what kind of event you find yourself to be a part of, don’t focus all of your attention on getting the best image quality out of your gear or worrying if your subjects are in perfect focus. Telling a story and capturing moments to remember is much more important.

Focus your energy and concentration on exactly that and you’ll learn to appreciate and enjoy the art of photographing moving subjects as well as end up with some great shots that will land you more job opportunities than ever before.

How to
Photograph Cars

How to
Photograph Flowers 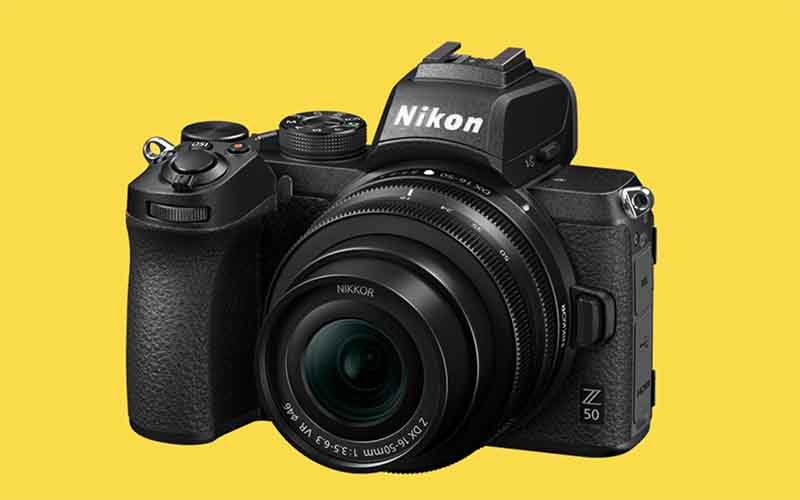